When we think of maples in the garden, we think of the small, Japanese palmatums.  The numerous cultivars, wide range of colour variations and growth habits make them ideal for the small garden.

Many other species tend to be overlooked but are nevertheless worthwhile additions to the larger garden. They have brightly coloured autumn foliage, interesting tassel-like flowers in spring and characteristic palmate leaves.  Maples are generally shade tolerant early in their lives.
The Norway maple (Acer palatinoides), native of Europe as far as the Caucasus, is a common garden and landscaping species because it is fast growing, tolerates low temperatures and heavy pruning. It is invasive in some areas.  Autumn colour is usually yellow and occasionally orange-red. Their distinctive seeds spin as they fall and are carried considerable distances from the parent plant. 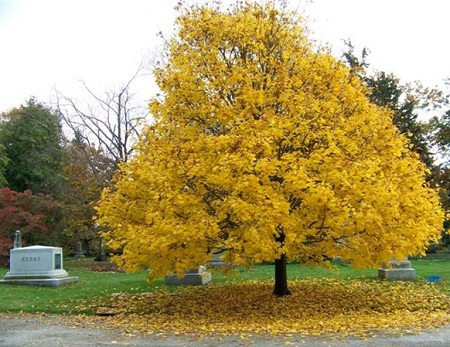 The hybrid, Autumn Blaze (Acer freemanii) is a good specimen tree.  The leaves are a medium green with deep red veins, turning to orange-red in the autumn. It tolerates a wide range of climates. 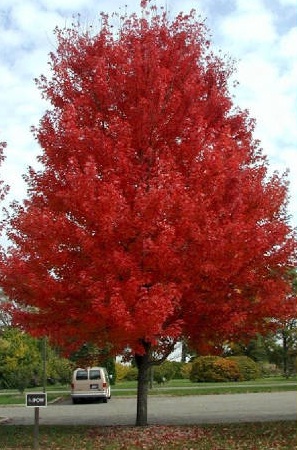 The paperbark maple (Acer griseum) is a small to medium size tree. The autumn colours are deep red to scarlet and the old bark peels to reveal attractively coloured under-bark. 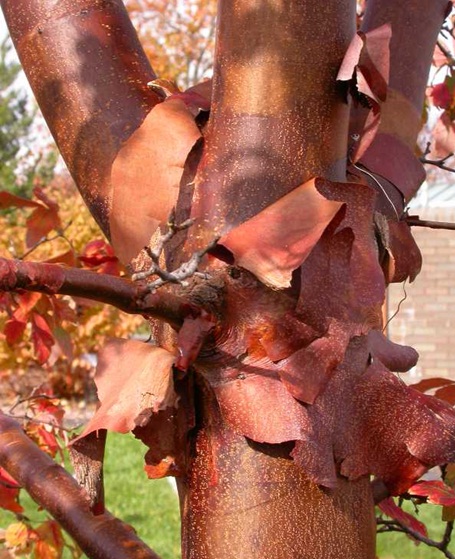 The larger maples are easily propagated from seed and selected forms are grafted on to species rootstocks.