Luaburnum, quite rightly, is often descriptively known as ‘golden chain’.  It is member of the same family as peas and beans and a close relative of wisteria and robinia and broom.

They are a native of the mountains of southern Europe, deciduous and produce masses of pendulous racemes of pea-like flowers before the leaves have fully opened in spring. It is a small tree, growing to 6m.  All parts of the tree are poisonous, particularly the seeds.  Surprisingly, the wood, as well as being used for cabinet making and inlays, was used for musical instruments. 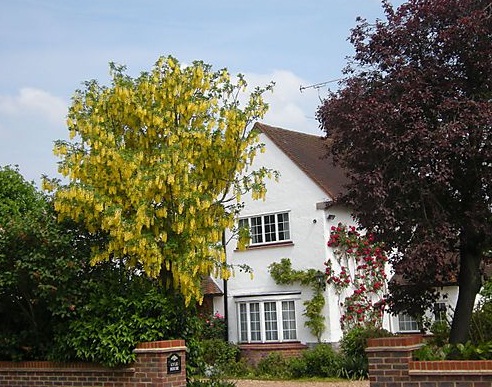 Laburnum in a garden setting

As a tree for medium sized gardens, its prolific flowering provides striking colour in spring. They are very hardy though not long lived, grow well in most soils and are easily grown in full sun or partial shade.  No pruning is needed but young plants need to be firmly staked. 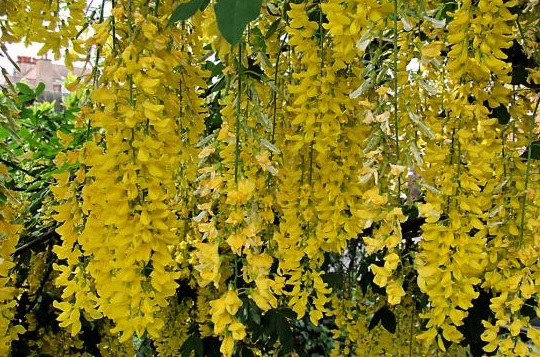 Not called ‘golden chain’ for nothing

The true species, Laburnaum anagyroides,  is not often seen and most garden types are hybrids of Laburnum x waterii and Laburnum alpinum.  They can be propagated from seed, though grafting is more commonly used.