The common holly (Ilex aquifolium) is rarely grown except as hedging, forming a spiny, evergreen barrier, impenetrable to liveststock, an excellent windbreak and an aid to privacy.

They form shrubs and small trees and are hardy down to -15oC. Hybrids with variations in leaf shape and berry colour are available, such as Ilex altaclerensis. The spiny leaves of many of the hollies make for difficult handling when tidying the garden or in areas of high foot traffic. Though, only female plants form fruit, which can be a disadvantage when planted close to pathways and other hard surface areas.  Ilex crenata have small, smooth, rounded leaves and are excellent for low hedging.  There are, however, some self fertile varieties. In the larger garden, the trees provide a valuable source of winter food and nesting sites for birds. 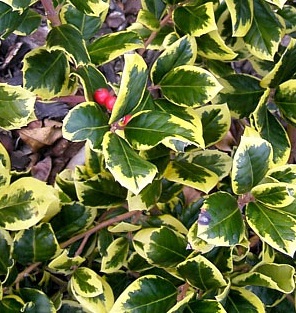 Plant in moist, well drained soil in full sun or moderate shade.  They are slow growing and need little further attention other than control of shape and size from time to time. 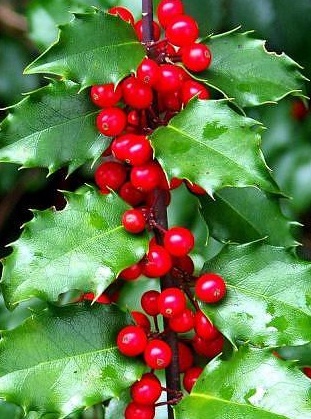 The true species, Laburnaum anagyroides,  is not often seen and most garden types are hybrids of Laburnum x waterii and Laburnum alpinum.  They can be propagated from seed, though grafting is more commonly used.

Propagation
They may be grown from stratified seed and selected forms can be produced from semi-ripe cuttings.