The Ginkgo or maidenhair tree (Ginkgo biloba) makes an interesting garden specimen. It originated in China and Japan and belongs to a family of trees that existed during the age of dinosaurs. More like a conifer than a deciduous tree, it belongs to neither group and has been given its own special place, related to cycads. Growing to a height of 15m or higher, it tolerates most soils and survives temperatures of -25 degrees Celsius. Smaller growing cultivars are available for smaller spaces. Its light green leaves are shaped like those on the maidenhair fern, giving it its popular name, turning bright yellow in autumn before falling. 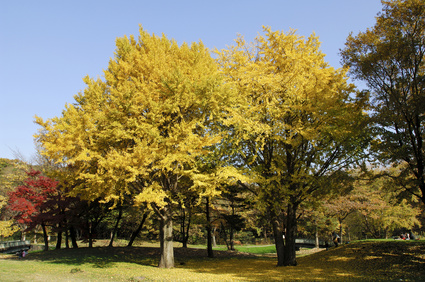 Ginkgo trees are resistant to insect pests, fungal and viral infections as well air pollution and fire. Specimens have even survived atomic radiation. It never needs spraying and can therefore be used in urban settings.  Although it rarely needs pruning, it can be trained in espalier form. 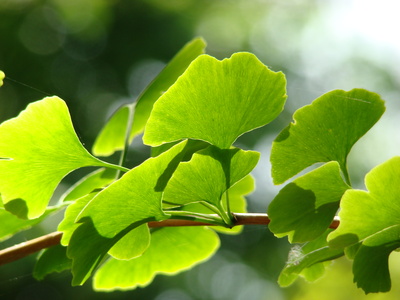 Female trees bear plum like fruit with a seed coat giving off an unpleasant smell when they fall to the ground. For this reason, it is better to grow male trees.  In Japan, Korea and China, the female tree is preferred for its seeds. Extracts of ginkgo are used for herbal remedies.
Plants can be raised from stratified seed but to ensure that a male plant is grown, cuttings can be taken or a male scion grafted on to a female rootstock.