Stocking with fish and other animals


A pond becomes a more interesting feature if it is stocked with fish.  If a natural balance is achieved, fish will be self sustaining and need little or no attention.  Always have the plants established and make sure the fish are in good health before they are introduced. 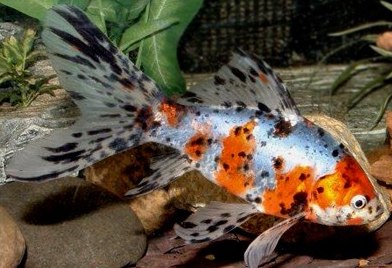 Goldfish are the most common species, originally bred from a wild species of carp in Japan and China.  There are more than a hundred varieties which include Shubunkins, Fantails and Veiltails.  Together with the common goldfish, they are by  far the best survivors.  Orfe and tench are other species worth considering.  Tench are bottom feeders and although more difficult to see, they feed on waste and help to keep the pond clean.  The Golden Orfe has gold and black markings and is a surface feeder but is unsuitable for small ponds. Koi, an ornamental carp, can be kept in a large pond.  They are valued in Japan for their colours and markings and are quite often stolen. 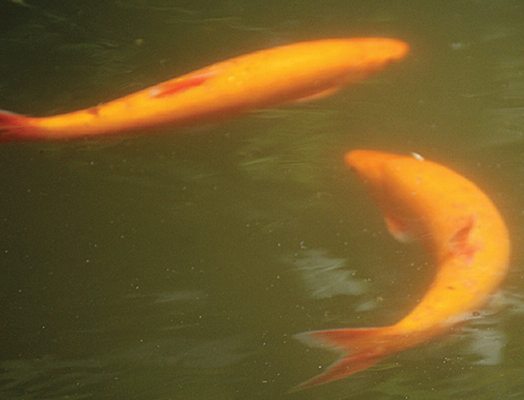 A simple guide to the number of fish a pond will support is to allow 60sq cm for every 1cm length of fish.  Start by measuring the pond, an approximation will do, but err on the cautious side.  When the fish have settled down and begin to breed, the older ones will be replaced by younger fish and an optimum stocking rate will be achieved.  You need an area of at least 60cm deep for goldfish to survive the winter, 1.5m for carp.  Water in the depths will stay above freezing no matter how cold are the surface temperatures. 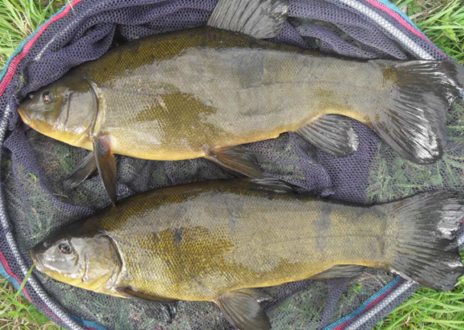 Buy fish from reputable suppliers and bring them home in plastic bags of water kept inside a cardboard box.  Before the fish are released, place the plastic bags in the pond for a time to allow the temperature to equalise.  Restrict feeding to one spot and give no more than can be eaten in ten minutes.
Fish can suffer from parasites and fungal infections.  Net and isolate any fish that appear to have symptoms of either and treat with medications available from suppliers. You should have no trouble if advice on cleaning and maintenance in the other pond articles in this site is followed.  Place a piece of timber in the pond when ice forms to act as an ice breaking lever.  Avoid hammering, it can kill the fish. They are generally happy to survive under the ice.
Domestic animals are rarely a problem.  A heron can clear a pond of fish in a series of visits over a short time.  Strings around the edge of the pond will deter them.  Herons do not normally land on water, preferring to land on the edge and wading in, they are more wary of steep sided margins.  Frogs, toads and newts may find their way to your pond and consider it an honour if they take up residence. Remember that newts are protected and that frogs and toads are endangered.