Tulips have been valued as garden plants for centuries.  In the past, fortunes were paid for their bulbs when introduced to Britain.

They are often associated with the Netherlands but they originated in the mountains of southern Europe and Asia and were developed in Turkey.  Tulips produce a wonderful range of flower shapes and colours, except blue. They are mostly cool climate plants and are horticulturallly grouped into about fifteen flower forms and further grouped into flowering seasons
The early tulips are typically wineglass shaped, often with striped, flushed or margined petals.  Early, double tulips have longer lasting, open, bowl shaped flowers, often flecked and margined.  Early tulips are traditionally used as cut flowers, formal bedding or borders.  Many can be grown in pots, indoors. 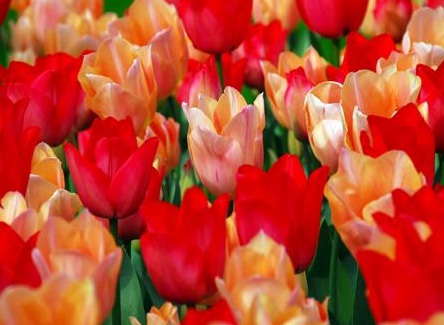 Mid season tulips, including the Triumph type, have simpler, conical blooms. The Darwin hybrids have rich, deep coloured petals and dark, velvet anthers.  Both types are easy to grow in climates with mild winters. 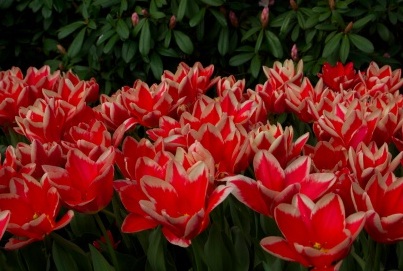 Late tulips include the lily flowered types, the parrot tulips, green tinged viridifloras and the striped and feathered Rembrandt types.  The peony flowered types are better suited to informal gardens. 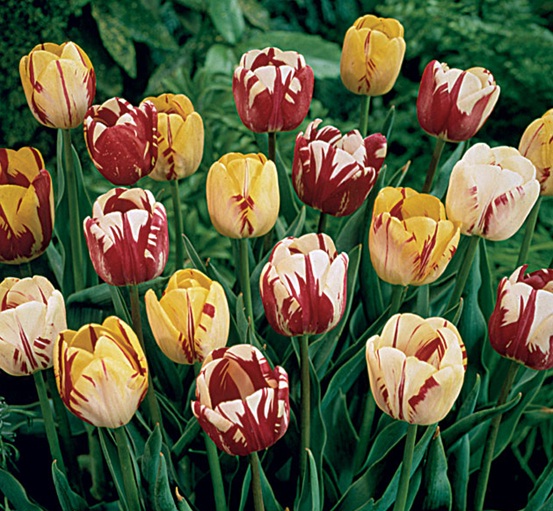 Of the dwarf types, the Kaufmanniana hybrids, bloom in early spring while the slightly taller Fosteriana and Greigii varieties are a little later.  The dwarfs are ideal for containers, raised beds and rock gardens. 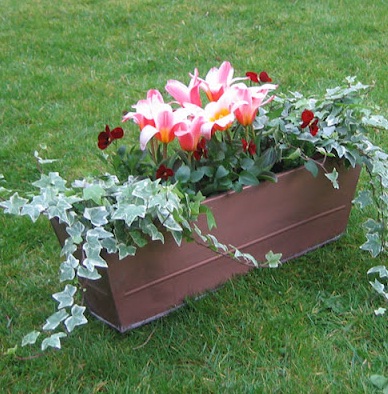 Dwarf tulips in a container setting

Tulips need a chilling period to begin growth and the mild, dry summerof their mountain origins.   They grow well in fertile, well-drained soils rich in organic matter, in a sheltered, sunny position.  Some will survive from year to year but most are regarded as an annual bedding plant, lifted and thrown away after flowering.  In cold climates, they may be replanted in the autumn and reach flowering size again after two years.  Dwarf tulips need loose, gritty soils in full sun, replanting only when overcrowded.