Few gardens cannot support some variety of irises as a herbaceous perennial. They are a good fit in most situations ranging from woodland and rock gardens through to waterside and bog.

The family of irises is divided into many forms with different cultural needs.
Rhizomatous irises, as the name indicates, grow from rhizomes. They are underground stems of plants that send out roots and shoots from nodes.  They can be propagated by breaking up and dividing the root, each part growing into a new plant.  The plants have sword shaped leaves which grow to form a fan shape.  The main groups are bearded, crested and beardless irises. 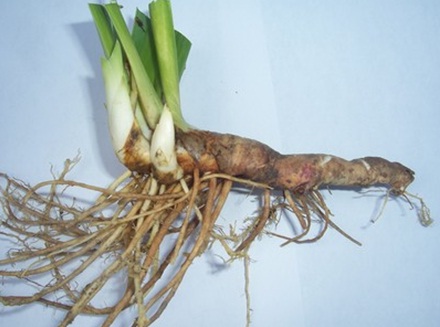 Bearded irises are called such because they have ‘beard’ of fine hairs along the centre of the ‘falls’,  a specialised part of the flower that serves as a landing place for pollinating insects.  This group includes the many cultivars of common garden irises, most of them flowering in early summer.  They can be further grouped by height: dwarf bearded up to 35 cm, intermediate between 35 cm and 70cm and tall, over 70 cm.  Most suitable for mixed and herbaceous borders, bearded irises grow easily in a sunny position in fertile, free draining, neutral to slightly alkaline soils, though they may tolerate some shade and poorer soils.  Plant in summer, dig in plenty of organic matter and break up any clay and water well until established.  Bearded irises flower better after a winter cold period. 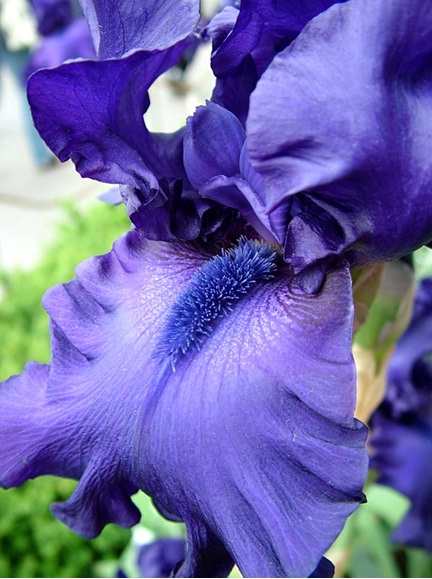 Crested irises have ridges instead of beards. They prefer damp woodland in temperate climates, needing shelter and soil rich in organic matter. Flowers are normally blue, lavender or white and bloom in early spring.  Plants are much smaller than the other varieties and are often left to naturalise in a woodland or rock garden setting. 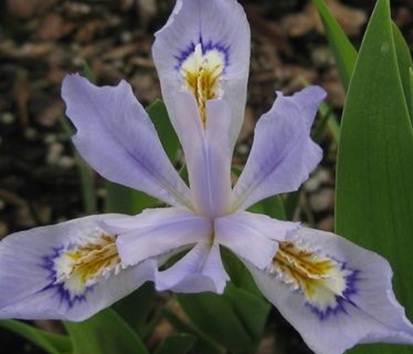 Beardless irises usually have crests and no beard. Of this group, the Pacific Coast iris is useful for cutting, difficult to establish and best grown from seed.  Many free flowering hybrids have been produced, though this type does not do well in warm, humid climates.  Water irises as the name suggests, do well in bog gardens, pond edges and permanently damp soil. The Siberian irises have narrow leaves, delicate flowers and are easily grown in borders, preferring rich, moist soil.  They also need a cold winter to initiate flowering.  Spuria irises have narrow, reed-like leaves and thrive in well drained soil and drier conditions. 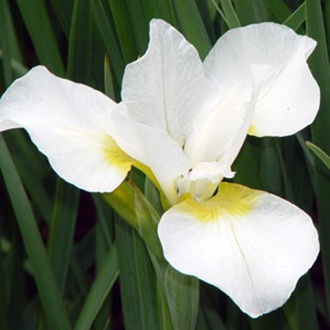 Bulb irises, of course, grow from bulbs, sometimes with thick, fleshy roots.  They are commonly grown for floristry and the bulbs are half the size of a tulip bulb. The Reticulata group are dwarf and flower early, preferring a sunny position in well drained soil and a cold winter to flower well.  The Juno irises need similar conditions but are more difficult to grow.  The Xiphium group include Dutch, English and Spanish irises and are grown for cut flowers, preferring alkaline, well drained soil and a sunny site. 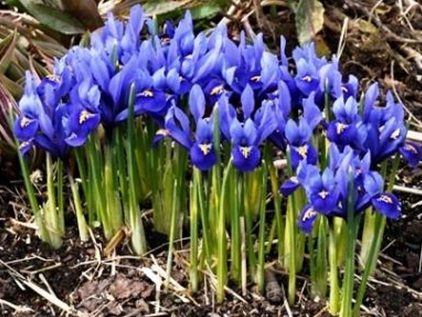