Heaths (Erica) and heathers (Calluna) are excellent garden plants that need little care.  Many have attractive flowers and others, colourful winter foliage or bright spring growth. 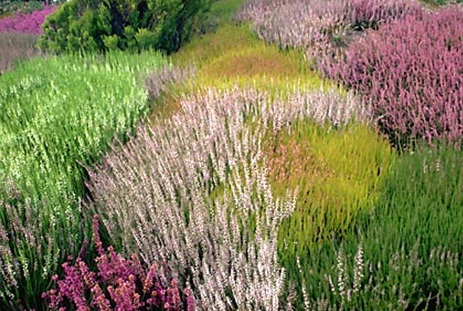 Heaths and heathers are best grown in contrasting groups

There are hundreds of species of Erica but only one heather species, Calluna vulgaris, of which there are many cultivars.  There are three main groups of ericas, those from northern Europe, from southern Europe and North Africa and those from southern Africa.  Their origins are surprising when we think of heaths, we think of the wild parts of Britain. The northern European species are all hardy and tend to be ground covers and the southern European species often grow to frost tender, large shrubs. The South African ericas range from small bushes to large shrubs and are easily damaged by constant exposure to low temperatures. 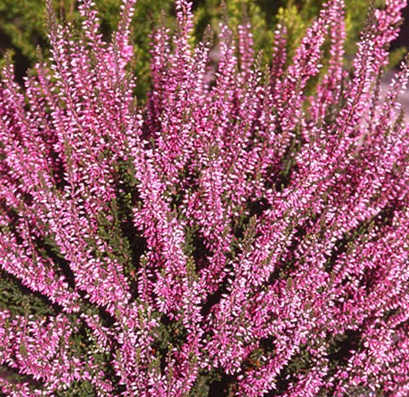 The South African ericas produce the largest flowers, often tubular or rounded and often brightly coloured.  Their foliage is generally dark green throughout the year.  The European ericas have small flowers but in large numbers, generally white or pink, blooming mostly in autumn or spring. Their foliage can vary, green, yellow, gold, red and grey which can intensify in winter. 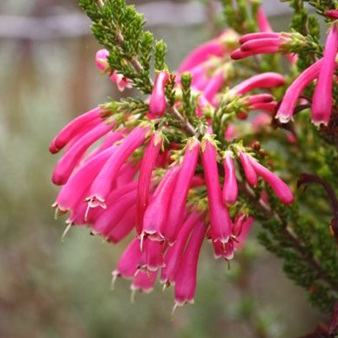 In their natural state, ericas grow in well drained, acid soils, low in nutrients.  Heaths and heathers need regular summer rainfall but can withstand short periods of drought.  They will appreciate an organic fertiliser like blood and bone or slow release pellets. 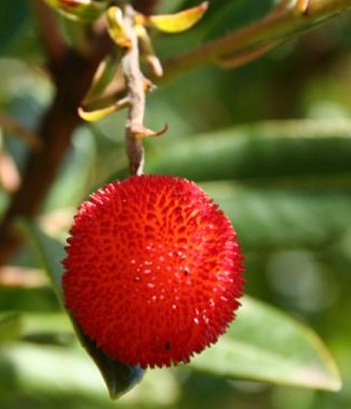 Erica arbutus, from South Africa grows to tree size and has conspicuous fruit

Ericas are not long lived and their lives can be extended by trimming back.  They can be propagated by tip cuttings taken from non-flowering shoots or self layered plants can be collected.  They can also be grown from their fine seed, germinated on sphagnum moss or a peat based mix.