Grafting is a method of artificial propagation where the shoot of one plant is joined on to the rootstock of another related plant.  This method of propagation is often used on   woody plants, commonly fruit trees, when a cutting will not easily form roots and the plant offspring will not bred true to type.

Even tomato plants and cacti can be grafted.  In the case of apple and many other fruit, another type must be used as a pollinator.   The resulting seeds will be a product of two parent plants and when planted, will produce a different variety. We can only therefore produce “Granny Smith” type apples from material of that tree.

The material used to graft on to rootstocks will also be physiologically older than from a seedling grown tree.  Trees grown from seed will take a considerable time to grow, bear flowers and fruit.  Shoots from an older tree, when grafted on to rootstocks can bear fruit in a much shorter time.  Two or more varieties can be grafted on to one rootstock. Grafting is often carried out on mature trees in an orchard setting where the grower wishes to experiment with or change varieties due to a change of demand. 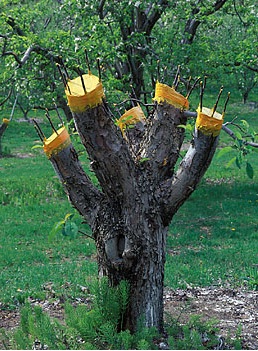 The rootstock used also affects the growth of the plant.  Rootstocks have different attributes.  There are vigorous rootstocks and dwarfing rootstocks, each used when a different growth habit is desired.  In an orchard situation, it is better to have trees that are big enough to bear a large amount of fruit but not too tall to be worked on from the ground without climbing.  A cordon trained tree would need a rootstock different from a standard tree grown in a park or large garden setting.
Rootstocks are grown from a ‘stool’.  The rootstock plant is cut close to the ground so that a number shoots develop to form a stool.  Soil is heaped around the shoots to encourage them to form roots.  The rooted shoots can be separated from the parent plant and lined up in the ground for a year to await grafting. 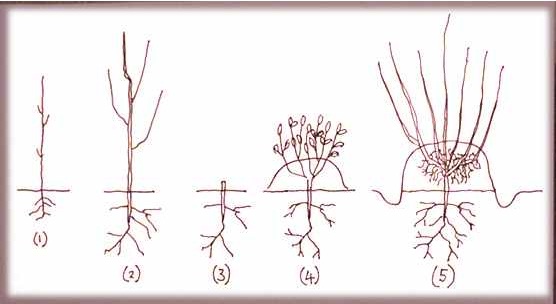 Grafting is carried out in spring, when the flow of sap begins. The scion, a length of dormant one year old wood with three or four buds is selected. The rootstock is cut with a sharp knife and a similar, matching cut is made in the scion. The two parts are held together with raffia or with a plastic strip and the exposed surfaces are sealed with grafting wax.  It is important that the soft, green cambium layers of both parts make contact otherwise sap will not flow and the graft will be unsuccessful. The buds on the scion should start to develop in a few weeks. 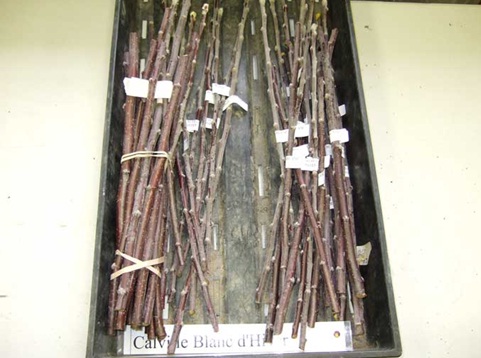 There are a large number of grafting techniques used for different purposes.  The whip and tongue graft is mostly used on apple and pear trees when branch diameters are small, not more than 12mm, and the rootstocks small.  Cleft grafts are used for older, established trees where the trunks and branches are much larger than the grafting material.  The side graft is used when branches are too large for the whip graft and too small for the cleft graft; the scion is inserted into the side of the stem.  Bridge grafts are used to repair damage to the stems of trees, where a girdle of bark is completely removed.  A small branch is used as a bridge to restore the flow of sap from the roots to the rest of the tree. 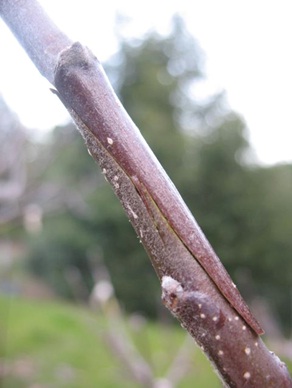 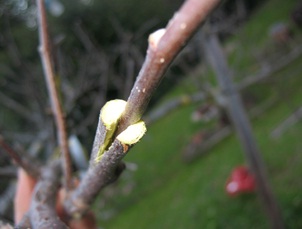 Whip and tongue graft before whipping

Grafting of trees is a fascinating technique that can be carried out by an amateur gardener. 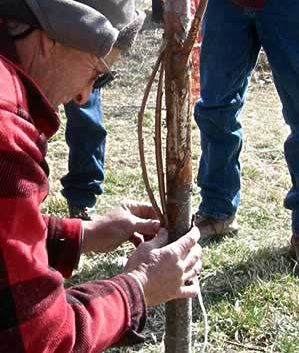 It is interesting that only the bark forms a union when grafts are made, the scion wood does not join to the rootstock wood.  Only when annual growth layers build up over several years will the join be complete.  The site of the union often can be seen for many years after because the two materials often have quite different characteristics. 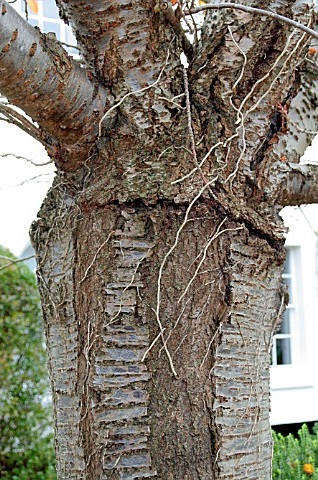 Union on a worked mature prunus